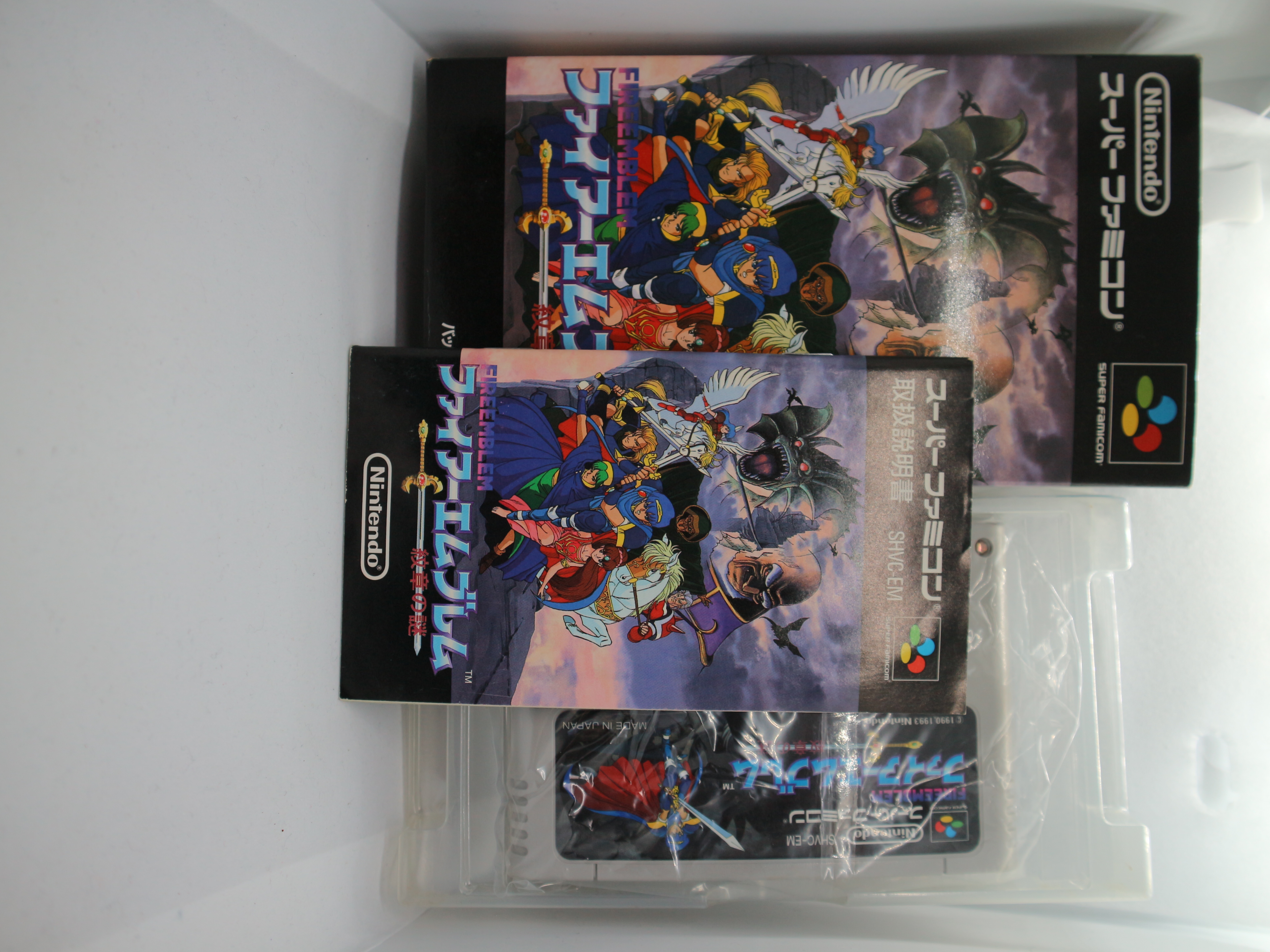 A remake and expansion of the first NES/Famicom Fire Emblem, Marth must face the betrayal if Hardin and an old enemy he thought long vanquished, the Dragon King Medeus. Book 1 of the game is essentially a remake of the first NES game. Book 2 continues the story with the same characters. This game expands the series, however it drops explorable towns and the navigation through a world map which was introduced in Fire Emblem: Gaiden. New features include the ability to dismount the horse and pegasus mounted units, to allow the riders to fight indoors if needed.