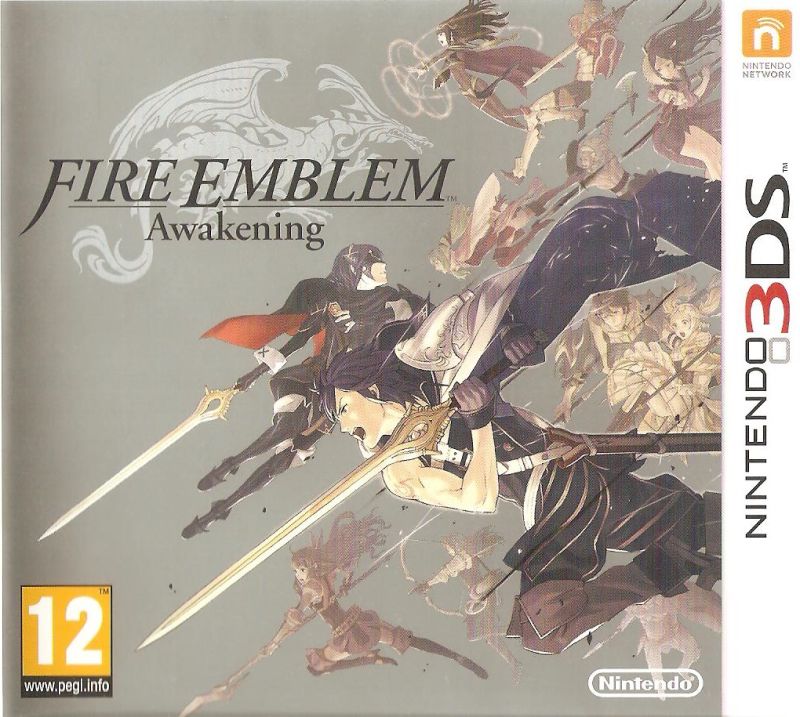 Chrom is the prince of the Halidom of Ylisse. A chance encounter with an amnesiac strategist leads him and his fellow soldiers, the Shepherds, to discover a force of undead Risen, whom they dispatch with the aid of a masked swordswinger using the name of the legendary hero-king Marth. The Shepherds must keep these forces at bay, whilst also defending Ylisse from the warring nation of Plegia. Fire Emblem Awakening is a tactical role-playing game set in the same world as Ankoku Ryū to Hikari no Tsurugi, centuries later. The story follows the player's avatar, who acts as Chrom's aide and has customisable appearance and combat specialities. In battle, the player can move their soldiers around the field and attack enemy soldiers either on their own or paired with another ally. As any two soldiers fight together, their relationship will build, which will make them stronger when paired. Pairings of the opposite sex can marry once their relationship has been built enough, and their children shall become soldiers. The game has four difficulty modes, as well as the option to player in Casual mode, where fallen heroes recover after a battle, or Classic mode, where fallen heroes are lost forever. Each chapter takes place in a new field; Risen and merchants shall periodically visit the fields of previous chapters. Players can form teams to send to other players via StreetPass, who can then parley with the team to purchase items or battle; if they are successful, they will have the opportunity to recruit their player avatar. Additional chapters are made available to download, either free or purchased, as well as heroes from previous games in the series. Players can also play a co-operative Dual Tag mode to fight against enemies as a team. Fire Emblem Franchise | Nintendo 3DS | Nintendo DS | ファイアーエムブレム 覚醒 | Fire Emblem Kakusei | RPG