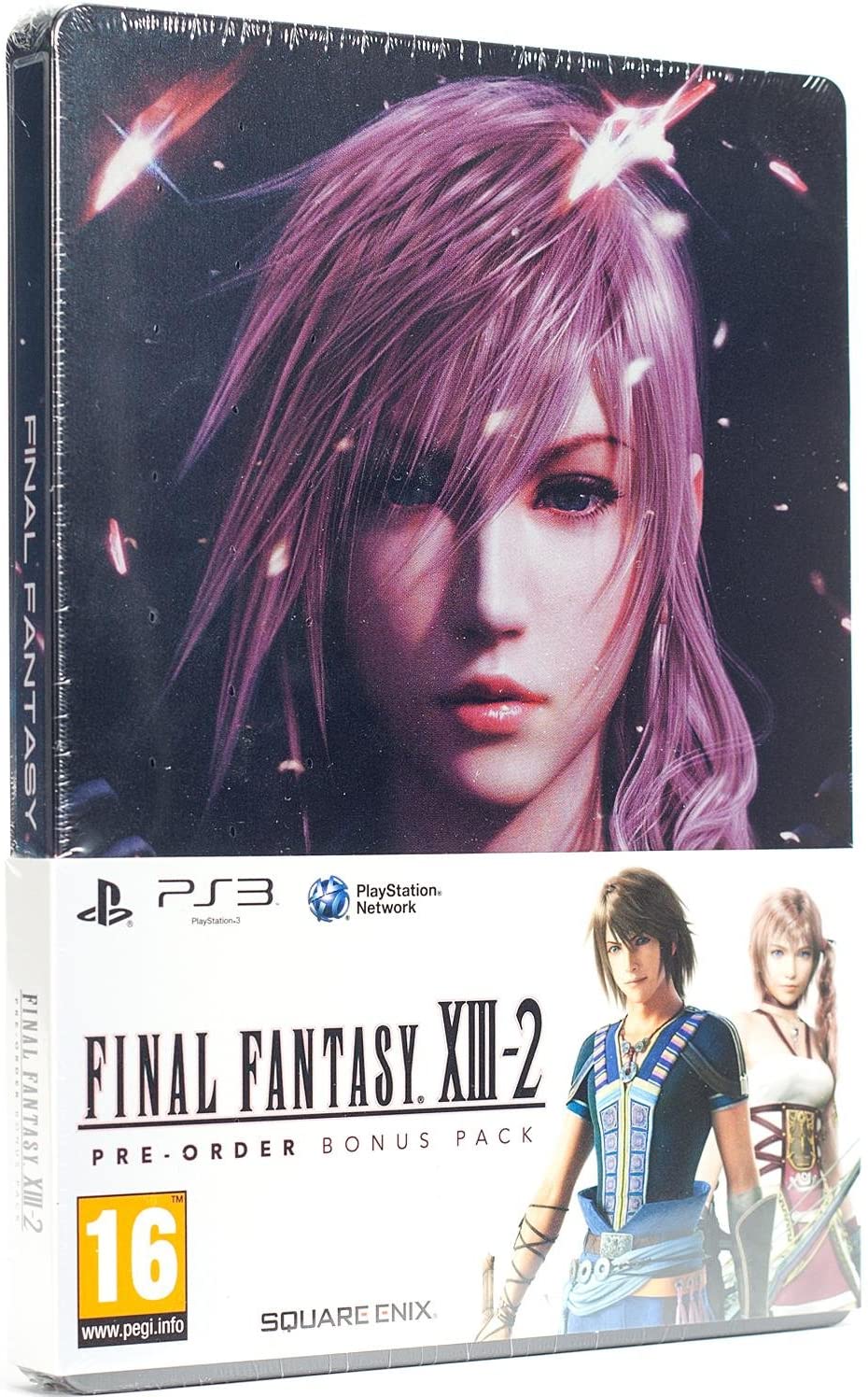 Boxed A: Factory Sealed with tear in seal. Email [email protected] for more info. Final Fantasy XIII-2 is part of Fabula Nova Crystallis Final Fantasy, a series of games set in the same world, based on the same mythos. It takes place three years after the fall of Cocoon, the final event of Final Fantasy XIII. The protagonists are Serah, Lightning's sister, and Noel, a newcomer claiming to be a time traveller from 700 years in the future. Set out to fix paradoxes in the time-line, they travel in time and space via Valhalla, a realm at the end of time. The battle system is similar to the one in Final Fantasy XIII: an ATB system called the Command Synergy Battle, where the player changes strategy by using Paradigm Shift, that shifts through custom combinations of roles (Commando, Medic, Ravager, Synergist, Saboteur and Sentinel) allotted to Serah, Noel, and a third character, a monster captured after battle. Monster battles are random encounters that appear on the map and must be triggered to enter the battle. They can be avoided. The enemies still have a chain counter gauge that fills when they get hit. Filling the gauge to a certain point staggers the enemy, allowing massive damage to be dealt. The party monsters can be customized by equipping certain items and leveled-up to a certain point, different for each monster captured. FinalFantasy | FF | FFXIII-2 | XIII 2 | Sealed Game | PlayStation 3 | Square Enix | RPG | 16+