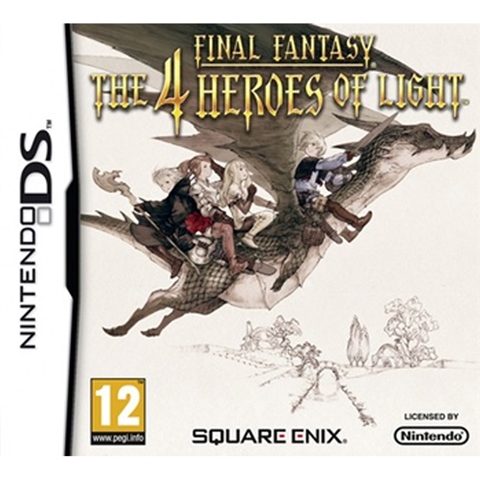 With this new generation of high-definition visuals and open-world gameplay, it can be easy to forget the charm and deep mechanics offered by the more humble, traditional Japanese role-playing game. Square Enix has gone back to basics with its Final Fantasy spinoff, The 4 Heroes of Light, to show that those halcyon days can be brought back with the advent of new technologies and gaming habits. Using a graphical style that mimics a fantasy picture book, The 4 Heroes of Light was designed with the concept and structure of a classic JRPG from years past, but with the accessibility and gameplay mechanics that will appeal to those new to the franchise. Even the story is considerably retro - a tale of four young heroes embarking on a quest riddled with dragons, kings, princesses and witches. The turn-based battle system allows players to set their own custom commands that can be performed and created with plenty of ease thanks to the Nintendo DS touch screen. The 'Crown System' can be used to change the class of a character by simply changing the type of hat it wears, and there are over 20 of these to choose from including Black and White Mages, Rangers and countless others. When you've decided on the tactics and class of your team, you can then either take to the road alone or join a friend's adventure. Up to four players can share this classic journey and conquer dungeons together.