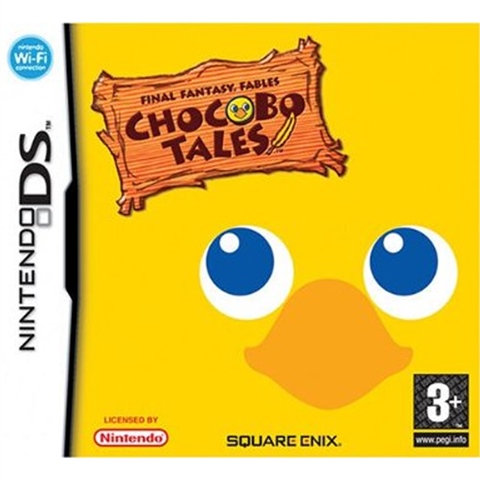 What could be even better for a publisher than a multi-million dollar franchise that spawns sequels across decades? How about a multi-million dollar franchise that also spawns spin-offs across different genres? Square Enix knows which way its bread's buttered, and its got the almost too sugary for belief Final Fantasy Fables: Chocobo Tales to prove it. If you can put aside fears for the enamel on your teeth then you'll find a mass of mini and micro games for your consumption inside Chocobo Tales. Players take on the role of a yellow Chocobo who's in the unfortunate position of having discovered that his friends, not to mention the book of fables, have been hoovered up by another, more evil book. His friends, unfortunately, have been turned into cards and coughed up as stories all over the place. Your mission, should you choose to accept it, is to journey the land, searching for the stories (which might seem familiar) and entering them in order to complete a series of mini games. Chocobo Tales also features a card-based combat system, but don't expect a Yu-Gi-Oh game with a Final Fantasy skin. The system's simple and intuitive while never giving way to being too easy. Final Fantasy fans will find Chocobo Tales chock full of nods to characters, creatures and story points of the series, while puzzle fans will find tons of puzzly cuteness to sink their teeth into. Just don't sink them too deep, or you might find yourself heading to the dentist.