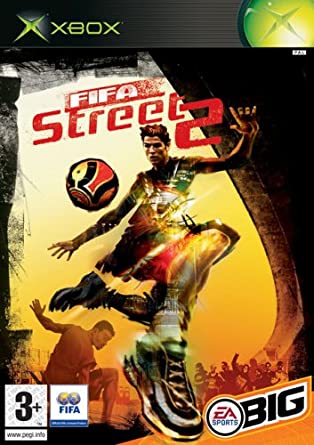 FIFA Street 2 gives you the chance to prove you have what it takes in four-on-four gameplay action which captures the passion and flair of real street football in this fresh arcade experience. You might want to humiliate your opponents and bring them down with some reputation-destroying moves with the new trick stick beat system, where you can unleash an onslaught of tricks including some cool new juggling moves using the right analogue Trick Stick. It's all about the grudge matches. The bigger humiliation moves you pull the more you sap your opponent's credibility and unravel his tricks, as your momentum state trick multiplier increases, resulting in you winning some serious one-upmanship bragging rights. Once you've filled your Skills meter, you can further demoralise your victims with some awe-inspiring special moves during 'Gamebreaker' or you can use the power of the multiplier trick to inflict permanent trauma on your rivals and win the match outright. You also get the chance to beat the best in the world by travelling to some swanky (and some not so swanky) new international locations, ranging from the famous Westway in London (not swanky) to the beautiful beachsides of Brazil (v. swanky). The game features 20 national teams and over 320 pro superstars. Or if you prefer, you can use the pitch creator and player creator to design the pitch and players you want. FIFA Street 2 features plenty of new, authentic tricks and makes the over the top moves and skills even bigger than they were in its predecessor. Take to the streets, unleash your tricks, and humble your rivals, with or without the ball.