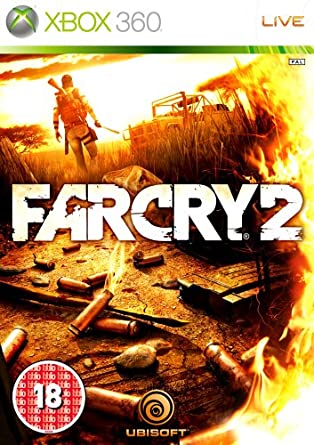 The government in an unnamed African country has collapsed and the whole land has plummeted into a civil war with the two central factions UFLL (United Front for Liberation and Labour) and the APR (Alliance for Popular Resistance) at the front. Those who were not able to leave the land now hide in their homes while in the streets death reigns the day. But as bad as it has been, now it is even worse with shipments of modern weapons entering the land despite a weapons embargo. The player is sent into the country to find and eliminate the person responsible for it. Known only as "The Jackal", he has been successfully hiding from the federal agencies for years. Sadly, after the player enters the country he immediately infects himself with malaria. Now he has to fight two enemies at the same time. The game puts the player in a 50 square kilometers big area in which he can do what he wants with only the goal to find and kill "The Jackal" and survive the disease. But to do so he needs weapons, vehicles and, most importantly, pills to hold the malaria in check. To get all that he gets missions like escort a weapons shipment or kill the head of police from the various factions and NPCs in the world which increase his reputation (access to better gear and missions) and gain the only currency in the game: diamonds. The world can be freely explored, but taking out certain enemies or visiting specific locations often only becomes relevant when the right quest has been triggered.