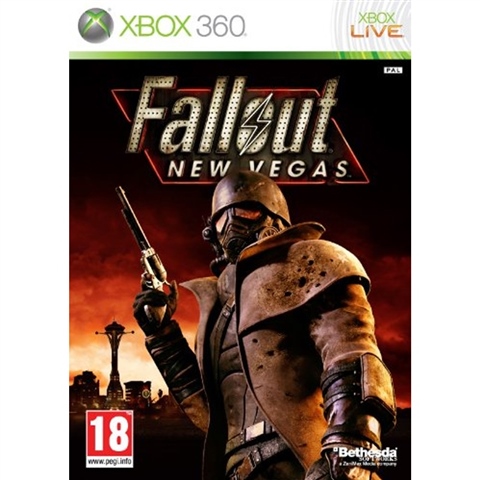 Fallout: New Vegas, like its predecessors, takes place in an alternate timeline where a war over resources sprouts up in the 1950s and ultimately culminates in a nuclear apocalypse. The game is set in the wastes of Nevada, surrounding the city of New Vegas, the successor of the old Las Vegas, a gambling paradise seemingly untouched by nuclear devastation. A war is brewing in this territory between the NCR (New California Republic) and various tribes of raiders, including the Great Khans and Caesar's Legionnaires. The NCR is a group that wishes to preserve ancient weaponry as well as bring law and order to the wastes, no matter at what price. The player takes on the role of a courier who is assigned to deliver a package to the mysterious and enigmatic Mr. House, the owner of New Vegas. However, once the package finds its way to its destination, a man in a checkered shirt and a pair of thugs intercept the courier and begin to dig an open grave. The courier is shot, buried, and left for dead, but is later dug up and brought to a doctor in a nearby town by a robot who saw the events transpire. The protagonist must now find out who tried to kill him/her, and why.