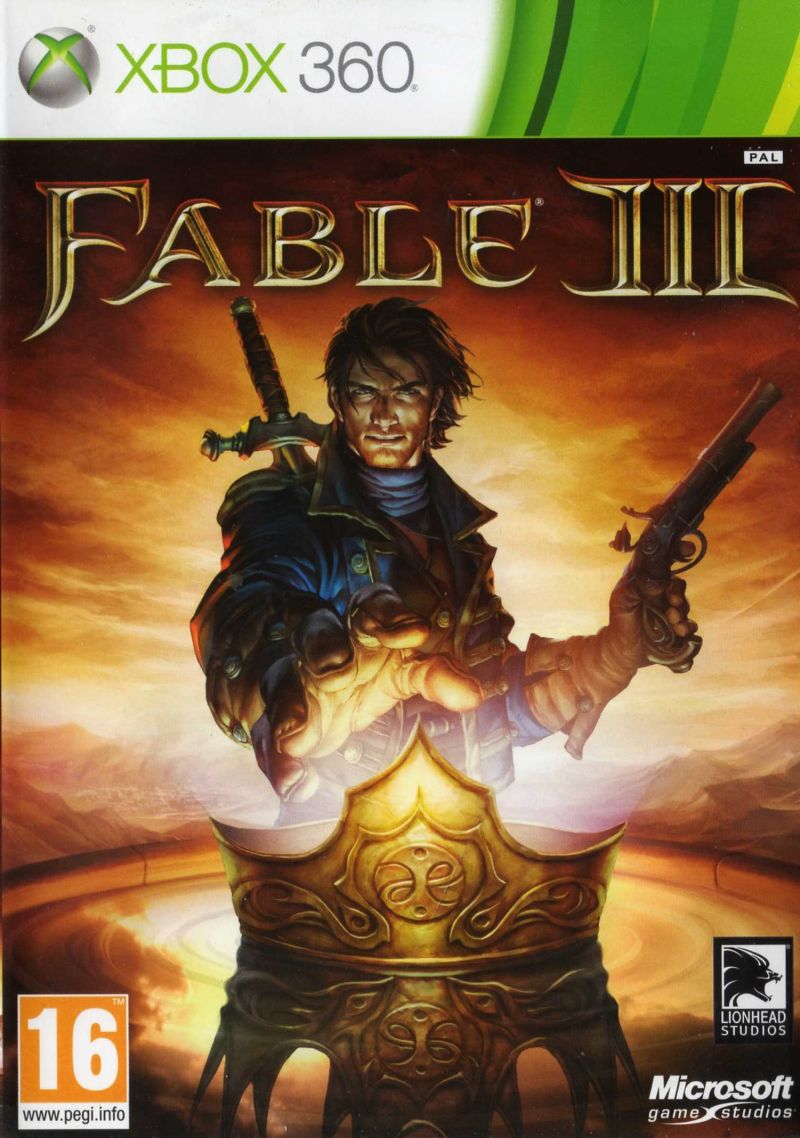 Fable III is the third title in the Fable series of action role-playing games. Once again, the title takes place in the fictional land of Albion and follows fifty years after the events of Fable II. The Hero of the previous game is recognized as bringing a new era of peace and prosperity to the land after defeating Lucien. The Hero brought unity and strength to Albion, and built a kingdom where there was once disparate villages. That Hero had two children and the older child, named Logan, eventually rose to rule the kingdom as successor to the fabled Hero. While originally a benevolent ruler, his policies and military began to turn gradually more oppressive. Word across the land has begun to ring of revolution.