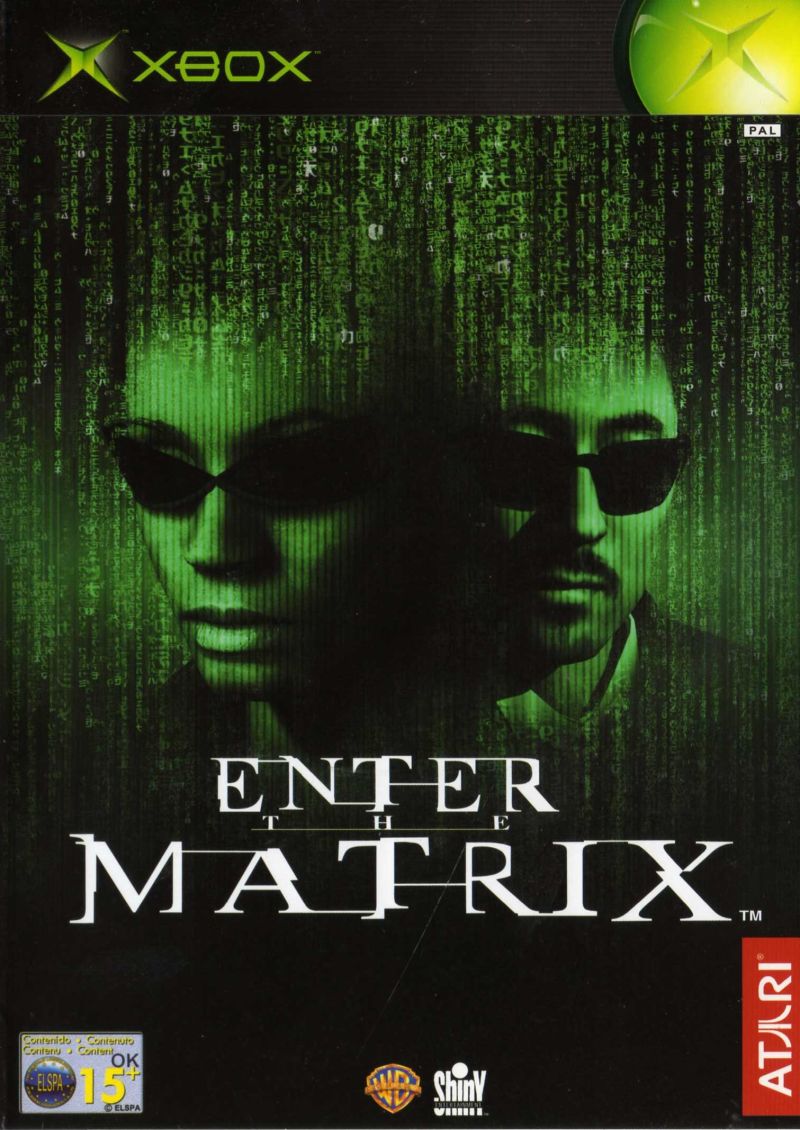 In the war to save Zion, what part will you play? Enter The Matrix casts the player as Niobe or Ghost, captain and first mate of the rebel ship Logos, respectively. Niobe is a master combatant, capable of beating up everyone in her way. She is an excellent pilot, both in the real world and in the Matrix. Ghost is very adept at firearms, and his marksmanship is a mastery. Both characters are very athletic, and throughout the game the player will have to walk, run, jump, strafe, peek, run on walls, climb ladders and pipes, and fight various enemies. Available weapons include a security pistol, an automatic pistol, a submachine gun, a machine gun, a shotgun, and grenades. Besides weapons, a variety of hand-to-hand moves are available, from punches, throws, and grabs to kicks and chokes. Throughout the game, the player will be called upon to utilize Focus moves, which is basically bullet time from the films. When Focused, time slows to a crawl, allowing the player to zoom around enemies, dodge bullets, and jump to avoid oncoming obstacles.