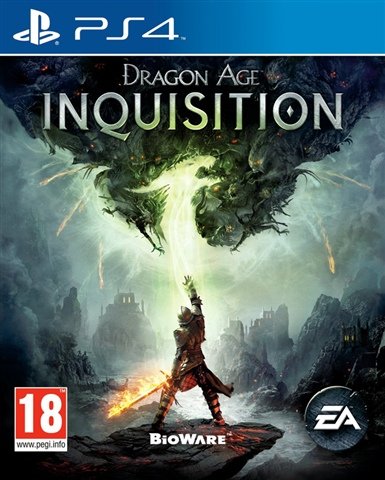 While Dragon Age Origins was hailed by many as a new tour-de-force from famed roleplaying game developer BioWare, many felt that the sequel didn't live up to its predecessor's strong start. Inquisition, though, has been widely hailed as a return to form. An apocalyptic event has thrown Thedas into chaos, opening rifts that are raining down terror. Dragons ravage the sky, casting dark shadows across the land. Mages are in a state of all-out war against the Templars. Nations are warring. Into this chaos you must step, using your strange ability to close rifts and banish demons. The world is bigger and more open than ever before, so players looking to explore are in for a treat. This is a huge game, packed with epic hubs and tons of side content. BioWare says that it will take over 100 hours to complete everything. It's appropriate, as this is the biggest Dragon Age story yet. For players new to the series, or those jumping to a new platform (or even those who don't feel happy with decisions they made in the last two games) EA has an online tool that can be used to select details from earlier games in the series and apply them to your save file. On the combat front, BioWare has drawn on both the previous games in the series, pulling together the more strategic feel or Origins with the action focus of the sequel. The result is combat that has weight, but won't enable players to thrash around like they're beating up angels in Bayonetta. Adding to that is a multiplayer option. It's a co-op mode that works a lot like Gears of War's Horde, forcing players to work together against wave after wave of enemies. In other words, if you're looking for something epic in scope, Dragon Age Inquisition has you covered.