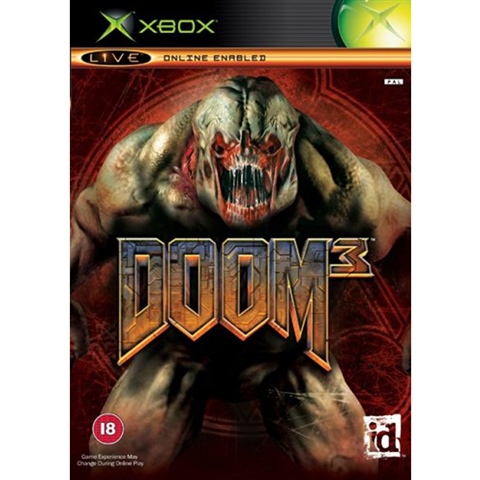 The third game of the DOOM series (now in full 3D) takes gamers through the depths of Hell, where technology and demons meet. But this time round, the game is more focused on horror elements than previous games in series. Doom 3 is set in the year 2145, on Mars. You start as an unnamed marine soldier sent to the Red Planet, where a corporation named The Union Aerospace Corporation makes secret experiments based on ancient aliens' technology. People around the base are on the edge, & something is not right. You receive your first simple mission and when you depart, the game really kicks off. This third major release of the Doom series is especially based on single player experience. As in most First Person Shooter games, you aim, you shoot, & you run... Enemies are zombified humans from the base or daemons straight from Hell. Doom 3 is much darker visually than previous games - you can use a flashlight in dark corridors, but you must choose between various weapons and the flashlight (the marine can't use them both in same time.) The game has multiplayer with four game modes for four players.