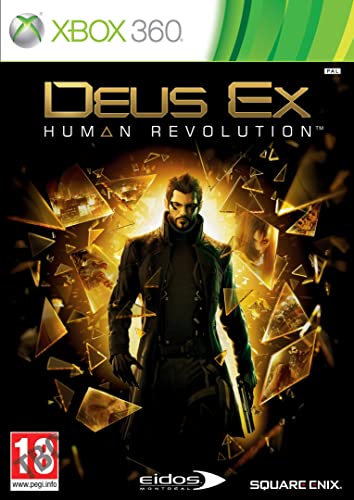 In a near future dominated by chaos, conspiracies and biomechanical augmentations, society is divided by various organizations fighting for supremacy, and large corporations extending their power beyond those of governments. An ideological war is growing between people who accept the biotechnological progress and people who fight it. A human revolution is coming. Adam Jensen is a thirty-four-year-old ex-SWAT member from Detroit, enrolled by a powerful biotechnology company named Sarif Industries. His job is to ensure the scientists' private security and safeguard the secrets of the company's projects. The first day after his hiring, Adam Jensen is about to attend a meeting with David Sarif, the founder and CEO of Sarif Industries, when suddenly a red alert is issued in the company laboratories. A troop of mercenaries, apparently working for Belltower Associates, breaks in and kills several scientists. After having neutralized some of the mercenaries, Adam is severely injured by one of them. He has no choice but to be enhanced with biomechanical augmentations to save his life. His goal is now to discover what were the motivations of the attackers, and unravel a greater conspiracy behind their actions.