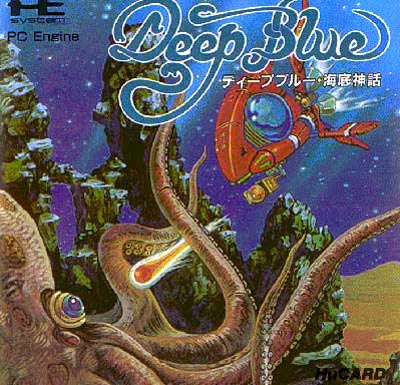 Aliens are invading the ocean and have mutated the fish and other aquatic beings! But an A.N.G.E.L. Fish Attack Sub is on its way to blast through four scenes of swimming terror and stop the aliens from taking over the sea. Fortunately, the A.N.G.E.L. is helped on its way by a number of power-ups - for instance, Healing Power completely repairs the sub and Speed Power speeds it up. Up to three modes of attack can be used to combat the mutant fish - the starting Pulse Shot, the destructive Swirl Cutter, and the Bubble Beam. But the A.N.G.E.L. is not indestructible. Four colors on the A.N.G.E.L.'s eye indicate the amount of damage the sub has sustained, and when it's had enough and explodes, that's the end of the A.N.G.E.L. and the end of the game. [edit description]