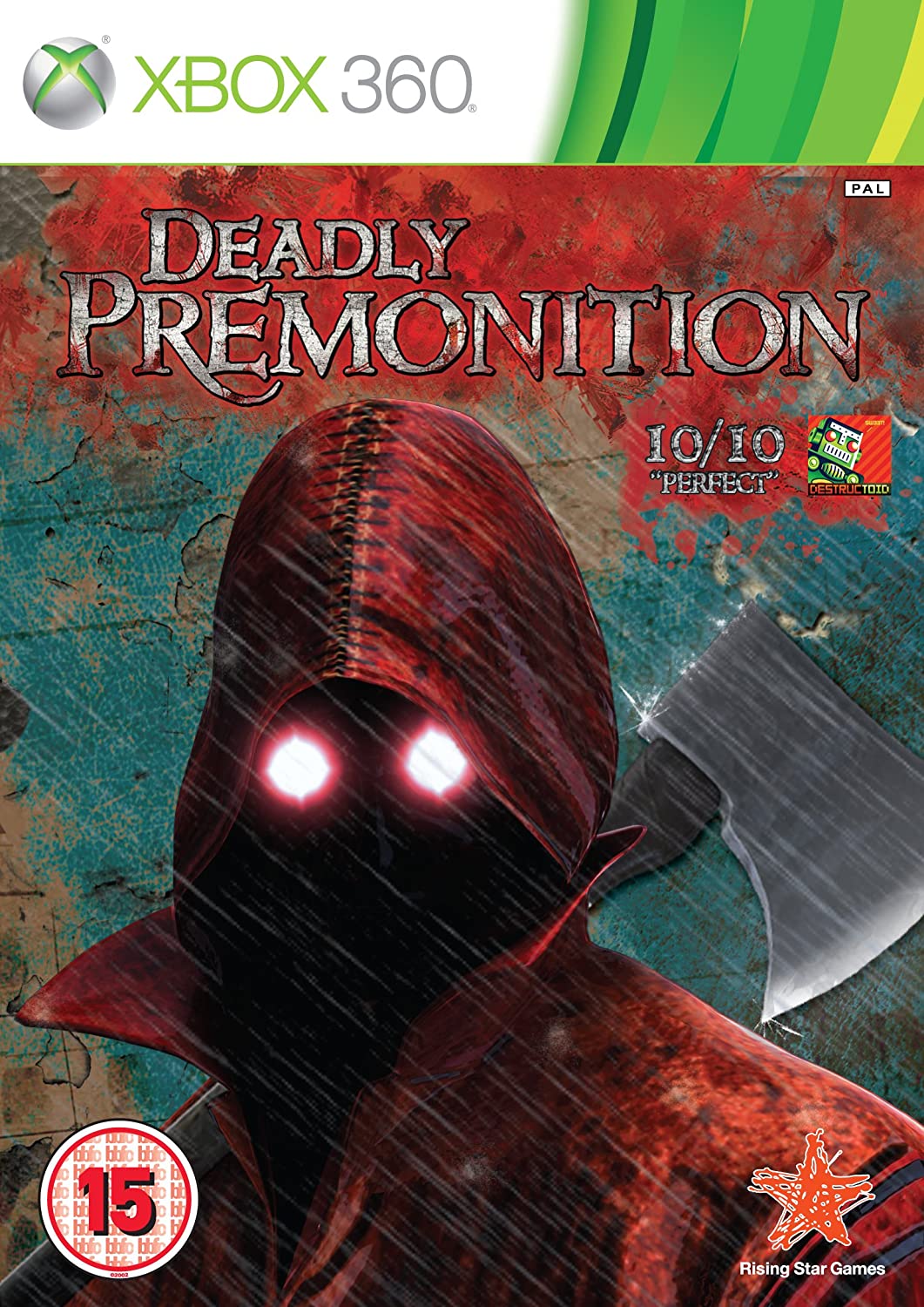 Greenvale is a small, peaceful town somewhere in the northern United States. The sudden and brutal murder of a young girl draws the attention of FBI agent Francis York Morgan, a man with an unclear past, a split personality named Zach, and a personal interest in cases like this. York comes to Greenvale to assist local law enforcement in solving the murder, whether they like it or not, but things aren't nearly as simple as they might seem at first. Strange red seeds, a mysterious man in a red raincoat, and the secrets held by those in the town... Deadly Premonition is a survival horror mystery game with open-world elements. The player controls Agent York as he investigates the mysterious circumstances in Greenvale. Greenvale itself is a large, open town that can be freely explored on foot or in a vehicle, with a slightly-accelerated day/night cycle dictating when shops are open, when people are available to talk to, and when missions to drive the story forward are available. York himself must eat and sleep (or at least drink coffee), as well as shave regularly and wash his clothes when they get dirty. There are shops and restaurants around Greenvale where items and weaponry can be purchased.