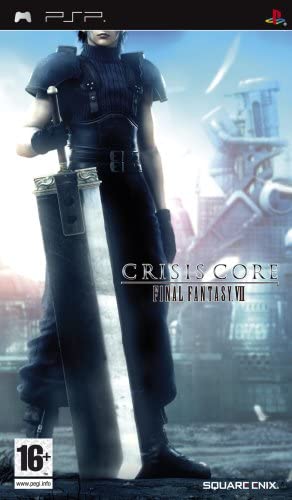 Final Fantasy VII was probably the most admired game in one of the world's most admired series. Suffice to say, Crisis Core: Final Fantasy VII has a lot to live up to. As the opening sequence pans through jaw-dropping visuals to the familiar triumphant fanfare of a theme tune, old fans will be sucked straight back in again. It's visually spectacular, pushing the PSP to glorious new limits while the adrenaline-injected music gives shivers of nostalgia the way only a truly stand-out soundtrack can. Yes, it's back to the world of FFVII. With added cream. That, and the chance to play through the events that lead into the RPG epic. Very quickly, this is evidently not just fan pornography. The battle system is as close to action-genre as it is the party system of Crisis Core's inspiration. The world and all its stylings might be back, but don't expect to play through a re-worked version of the original. Fittingly for the PSP platform, Crisis Core is nicely broken down into manageable chunks, with hundreds of optional side-missions to pass the time and earn some goodies in shorter intervals. While on a less epic scale than the original, it delivers all the same emotional punches and stands up as an exceptional game in its own right. Pacy and fun with all the depth of a creation made with evident faithfulness and genuine passion, this game isn't only going to hit the spot the old fans are looking for - it's likely to create a whole generation of new ones.