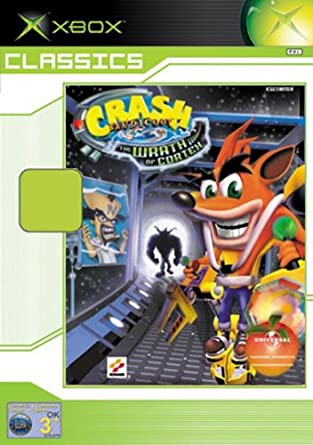 Crash Bandicoot: The Wrath of Cortex is the first Crash Bandicoot game for a system other than the original PlayStation. The story is set sometime after Warped: Dr. Cortex wants revenge after being defeated by Crash (again). For this purpose, he creates Crunch, a super-bandicoot who can destroy everything that crosses his way. Crunch's power source is a set of magical masks known as the Elementals, each representing a different element, including Earth, Water, Fire, and Ice. The warp room splits levels into their respective elements, with the boss of each section being a battle against Crunch influenced by the Elemental mask of said section. The game is a typical jump and run, with some other action passages, like air combat and a sequence where Crash is trapped inside a giant sphere rolling around in some sort of rollercoaster. All graphics are in 3D, and the sound is typical for cartoon games like this. The whole game is pretty straightforward in design, getting stuck on a puzzle is not really possible.