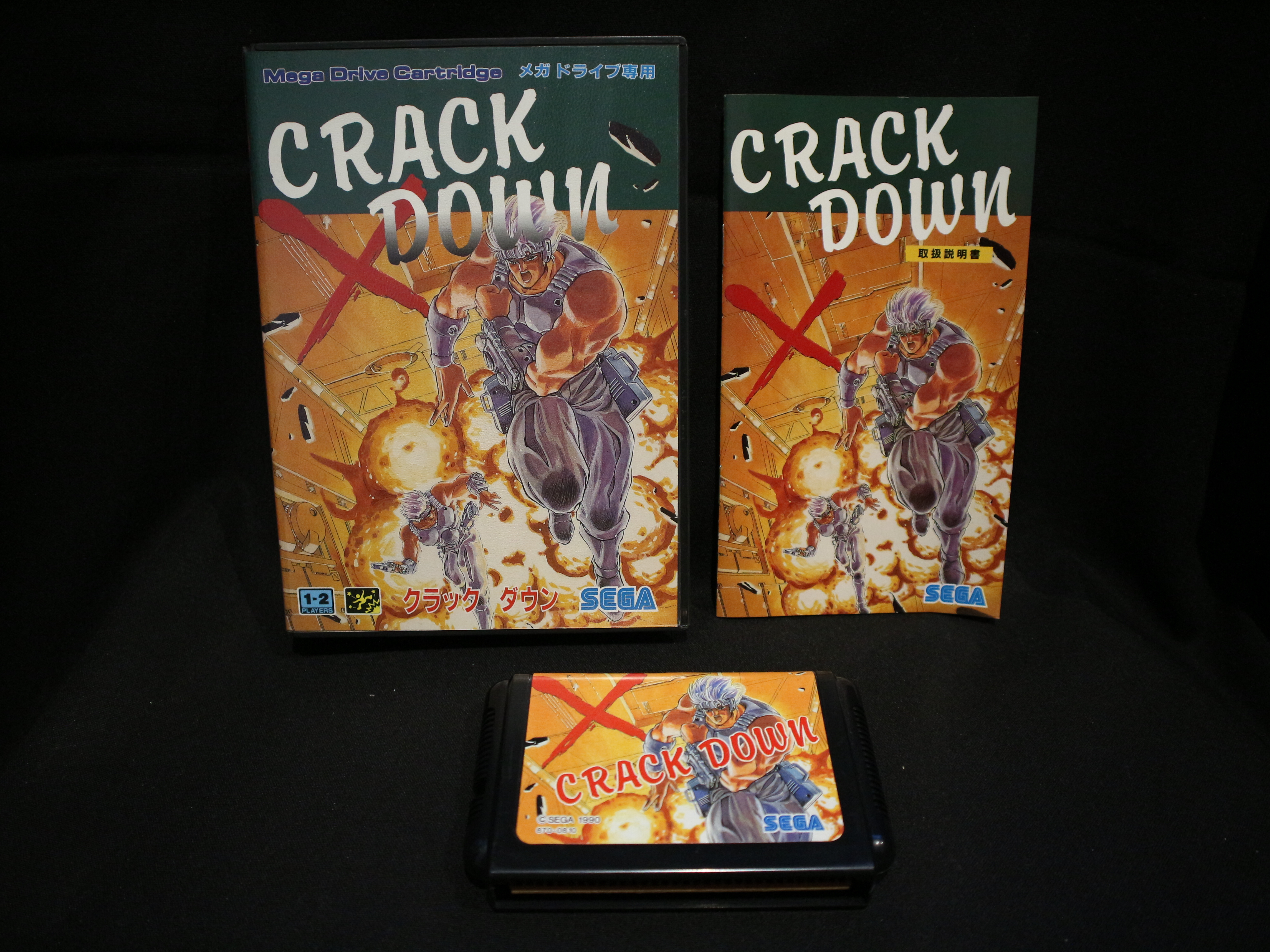 At the beginning of the 21st century, a mad scientist by the name of Mr. K has created an army of artificial soldiers. He conquered the industrial city of Atlantis, and is now preparing to take over the world. The United Nations decided to retaliate by sending two of their top class Special Forces officers, Ben and Andy, infiltrate the city and destroy the enemy base using a newly developed time bomb--Sigma. Crack Down is a time-limited action game. The two heroes, Ben and Andy, have to get through the levels as quickly as possible placing bombs on X marks scattered around the levels. Although the levels are heavily defended, the player has an array of weaponry including a cannon, machine gun, and superbombs. The game may be played as either a one or two-player game.