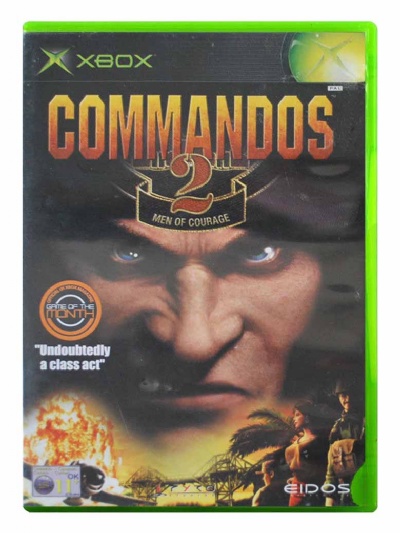 From the heart of the Third Reich to the most remote islands in the South Pacific, Sergeant Jack "Butcher" O'Hara and his elite group of gritty soldiers must combine their expertise and venture deep into enemy territory...in an attempt to change the course of the war. This sequel contains the following enhancements: All new 3D engine - rotate the environment 360 degrees and move seamlessly in and out of buildings, submarines, planes, underwater and zoom in and out of the environments. Interact like never before - steal enemy uniforms and weapons, climb and swing from cables, jump from windows and utillize vehicles. Control 9 commandos - including the green beret, sniper, demolitions expert, seductress, thief and even a dog! Authentic WWII scenarios - 10 missions spanning 9 different environments in night and day with realistic weather effects. Multiplayer - players can go to war in the co-operative multiplayer mode.