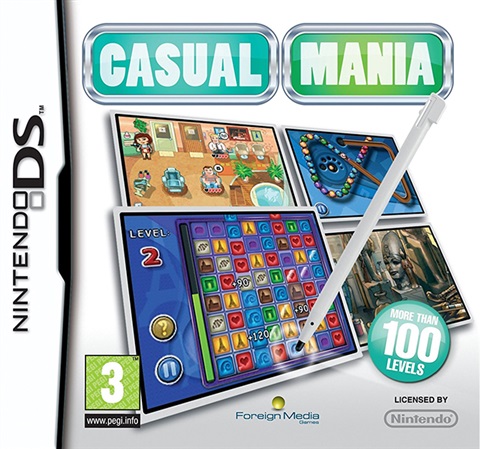 Addicted to playing casual games? If it were up to you, would you play them everywhere and all the time? With Casual Mania, you can play as many as four of the most popular games in a single Nintendo DS Game. Casual Mania is set in the romantic city of Paris. In the game Hidden Objects, you search for hidden items at an excavation site under the Louvre. In the game 3 in a Row, you need to collect three or more of the same gems while, in Marble Popper, you put together combinations of at least three of the same colored balls. The object of the game Beauty Resort is to run your own French beauty salon.