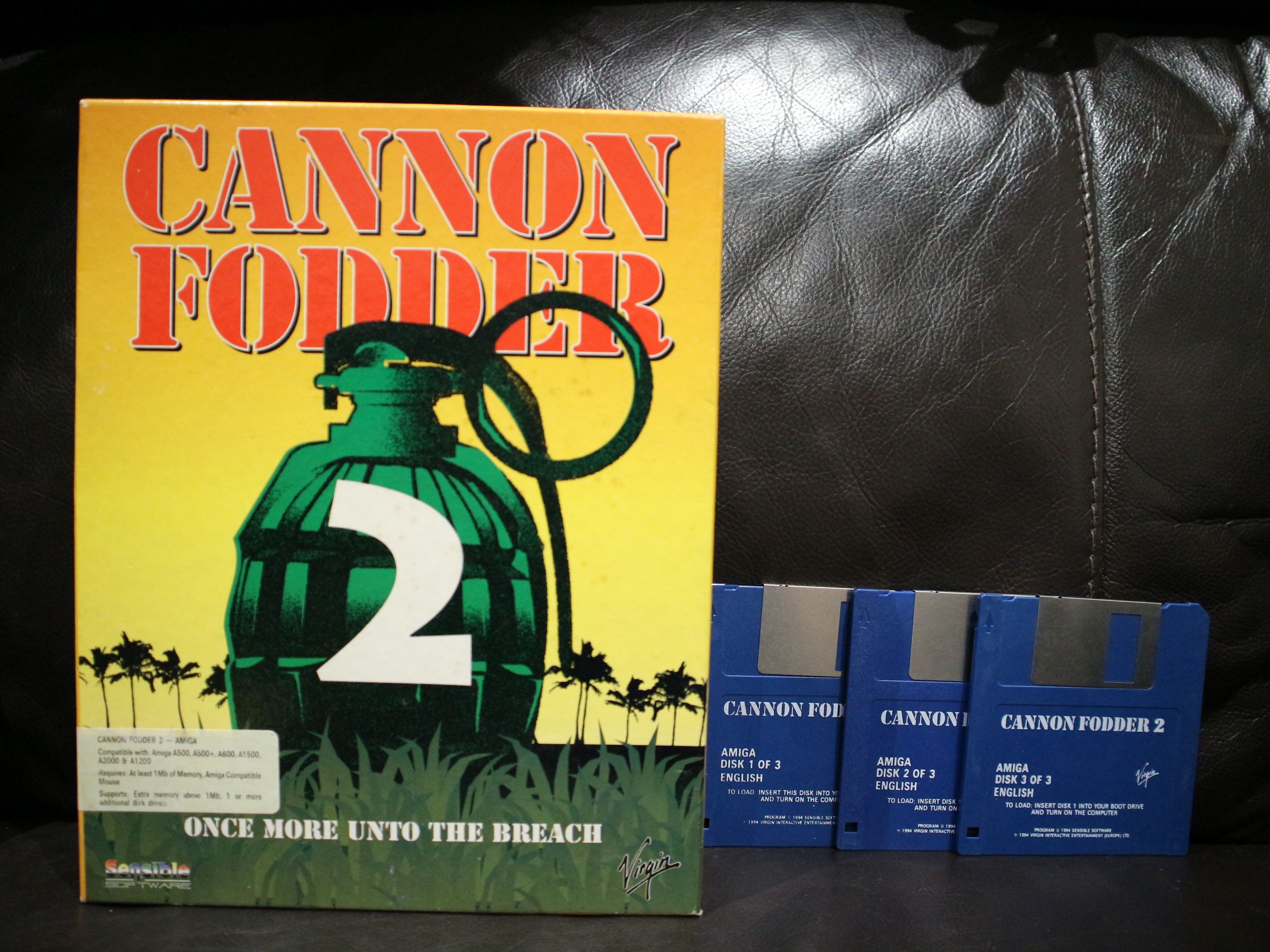 After the success of Cannon Fodder, a sequel was inevitable. The basic gameplay remained the same – guide a team of soldiers through a succession of levels populated by trees, huts and lakes. The major change is that the plot involves time travel, rather than straightforward war situations, and this means levels taking place in different scenarios including a strange ‘Alien Planet’. The levels include a variety of vehicles such as jeeps, tanks and helicopters, which can be used to shoot or even run down enemy soldiers. Standard bullets are joined by collectible grenades and rockets – use these wisely, as nothing else can destroy huts or vehicles. Finding strategic defense positions can be vital as well.