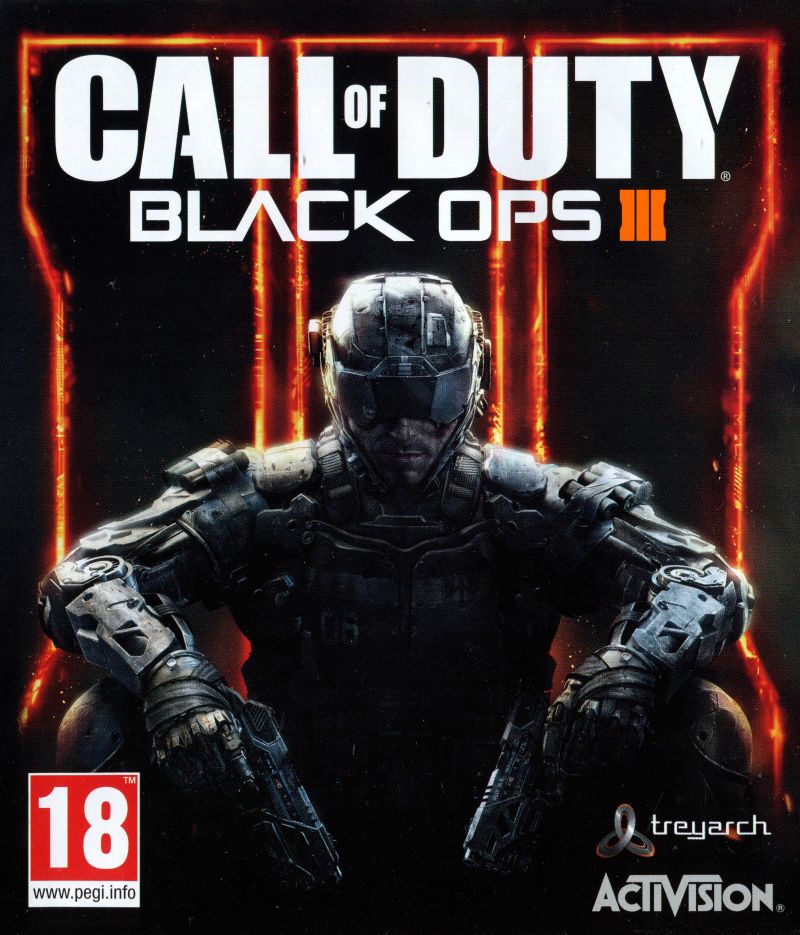 Black Ops III is the fourth game in the Black Ops subseries (including World at War) of the Call of Duty first-person shooter franchise and the twelfth main title overall. It is the follow-up to Call of Duty: Black Ops II, but not a direct sequel. Rather, it continues the time progression of battles in the past in the first Black Ops game, modern and near future combat in the second game, and now a game in a far dystopian future set in 2065, 40 years after the previous title. A first for the series, the Xbox 360 and PS3 versions do not have the main single-player campaign, only the multiplayer portion and additional game modes such as Zombies. The single-player campaign is substantially longer compared to the previous games. The game is set in the same universe as Black Ops II and references some past events indirectly. For instance, the focus in the story is back on group troops following the aftermath of the drone strikes by Menendez in the second game. Set in the far future, soldiers are now equipped with DNI, the Direct Neural Interface. It allows them to communicate directly with computers and machines, and it can also be used to read the thoughts and memories of people. The player controls a male or female character and needs the DNI after a failed infiltration and hostage rescue mission from the NCR in Egypt. Your partner, Jacob Hendricks, undergoes the enhancements as well. Five years later the player character and Hendricks are under the command of CIA Agent Rachel Kane investigating a CIA black site in Singapore. Through a series of events the player ends up in Egypt and Switzerland. The story deals with an artificial intelligence called Corvus, the role of privacy, the effects of cybernetic enhancements, secret CIA experiments, and also the characters Commander John Taylor and Dr. Yousef Salim. Missions include linear first-person shooter levels with free movement as well as sections played shooting from a stationary position such as a vehicle. As the game is set in the future, various futuristic technologies are available. By progressing through the game new weapons and gadgets are unlocked. The most important ones are the new abilities called Cyber Cores and Cyber Rigs. Cores provide new abilities and attacks, while Rigs influence movement and agility, opening up powerslides, wallruns and boosted jumps. There are three types of Cores and only one can be equipped per loadout. They enable the player character to distract with decoy drones, boost the character in strength or speed, attack or take over robots or keep opponents occupied with swarms of bees. The campaign can be played cooperatively with up to four players. The same abilities return for multiplayer, but there they are mostly enabled by default and the loadout centers more on the selection of weapons, items and the enhancements for weapons. The different types of killstreaks typical for the series return. Movement is very different and faster compared to earlier titles through wallruns and boosted jumps using thruster packs. This time multiplayer games are not played with a nameless soldier, but by choosing a specific Specialist, represented by a specific class. They each have a callsign, a distinct look, a unique weapon and a unique ability. Four are available right away and the other ones are unlocked gradually. The Specialist classes available at the launch include Battery, Nomad, Outrider, Prophet, Reaper, Ruin, Seraph, Spectre. Ruin for instance has access to Gravity Spikes as a special weapon and Overdrive with enhanced speed as an ability. In certain matches players can vote to protect (keep) or ban certain Specialists, weapons and abilities. The Pick Ten system for custom loadouts from the previous game is still present. Guns can be customized through the Gunsmith feature, for both form and function. Unlock tokens are a new element. They are needed to unlock new weapons, attachments, equipment and killstreak awards. They are earned by completing challenges and leveling up. Another type of tokens is used to trade at a Black Market to receive packages with a selection of common or rare items. Many game modes return, such as Domination, Gun Game, Hardpoint, Kill Confirmed, Search & Destroy and Uplink. There are no new player-versus-player multiplayer game modes. Typical for the Black Ops series is the Zombies game mode with separate storylines. This time it includes an experience system, and special abilities and power-ups can be selected in the loadout. These power-ups can be bought at the Zombies version of the Black Market or through a chewing gum machine. Also new for that mode is the use of altars that temporarily turn the player character into a powerful creature. Levels contain short-cuts that can only be accessed while in creature form. The Zombies mode is now set in Morg City and introduces four new characters: Nero the Magician, Jessica the Femme Fatale, Vincent the Cop and Campbell the Boxer. Another new game mode is Freerun where players can run through obstacle courses using the new abilities to get the fastest times. When the regular campaign is finished, the Nightmare campaign is unlocked. It remixes the original campaign with different enemies such as zombies, random weapons instead of loadouts, and the use of power-ups.