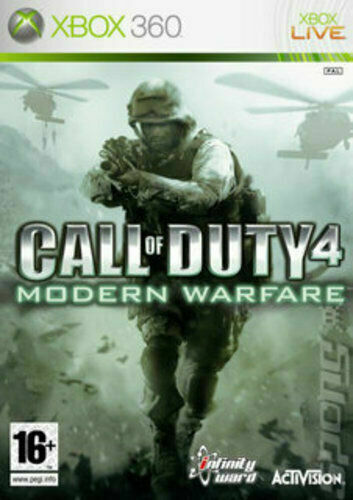 A fresh approach in the long-running Call of Duty franchise with the original developers back behind the wheel, chapter 4 has the player assume the role of a British S.A.S. squad member in various missions over Europe, as well as a U.S. Marine in the Middle East, fighting against fictive global terrorism driving persona. Without breaking the traditions of its heritage, Call of Duty 4 is a true military-based FPS, only this time it has the player fight in a fictive setting and in a modern-day world, against modern enemies and ditto weapons. There are various campaign-based missions that enable the player to take the role of two different soldiers, from two different kinds of military enforcement disciplines. As usual, multiplayer is also available with different game modes. The missions in the single-player campaign give various tasks to accomplish and take the player through many twists as the plot unfolds. A large arsenal of weapons is available, offering diverse options to suit different playing styles. For the first time, the game does not run on an id Tech engine, but a proprietary 3D engine based on the id Tech standards, with physics, dynamic lighting, bloom, and depth-of-field.