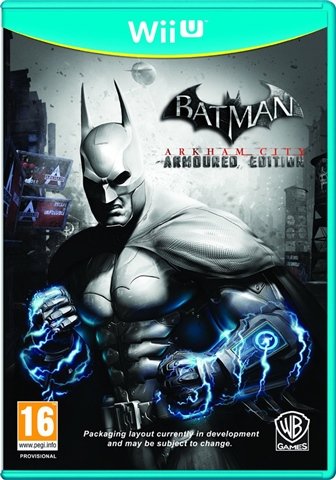 The Dark Knight Returns. Batman is back in the sequel to one of the best superhero games ever made, Arkham Asylum. While the latest entry still carries 'Arkham' in the title, you can tell that things have gotten more epic with it getting the moniker 'Arkham City'. Since the events of the last game, Mayor Quincy Sharp (who you might remember as the warden of the Asylum) has bought up a massive chunk of real estate, walled it off and shoved all the inmates of Arkham Asylum and Blackgate prison in there to do as they will. With Hugo Strange in charge of this little slice of dystopia, however, you can take it as a given that this new chapter in Arkham's history is not going to be a happy one for Gotham. As with Arkham Asylum, the emphasis is on giving players the most authentic Batman experience possible. Combat is once again about timing and flow, rather than stringing together lots of combos, and it's a system that works well. More importantly, the stealth components are back, so taking on enemies with guns means finding the high ground and using your detective vision to plan strategies and get sneaky. The biggest addition to the game is in the scale. The playable area is five times the size of that in Arkham Asylum. While large sections of the game still take place inside Gotham's creepy gothic buildings, there's also more of an open-world feel as you navigate Arkham City. Another notable change is the inclusion of Catwoman as a playable character. Players can follow her parallel storyline as the game cuts between her and Batman. She comes complete with her own set of moves and her own missions and challenges. With this Armoured Edition, gamers get the added bonus of all the DLC, including Harley Quinn's Revenge, which adds more than two hours of gameplay at the end of the title. With it being on the Wii U, there are also cool features linked to the GamePad, with the peripheral acting as a wrist-mounted bat computer allowing players to select objectives, choose gadgets, track evidence, upgrade gear, detonate explosive gel, and more. Additionally, each gadget has been optimised for use with the pad. There's also an upgraded batsuit in play that gathers kinetic energy as you play. That means that you'll be more powered-up than ever! Things are getting worse and Gotham needs a hero. Time to take on the mantle of the bat!