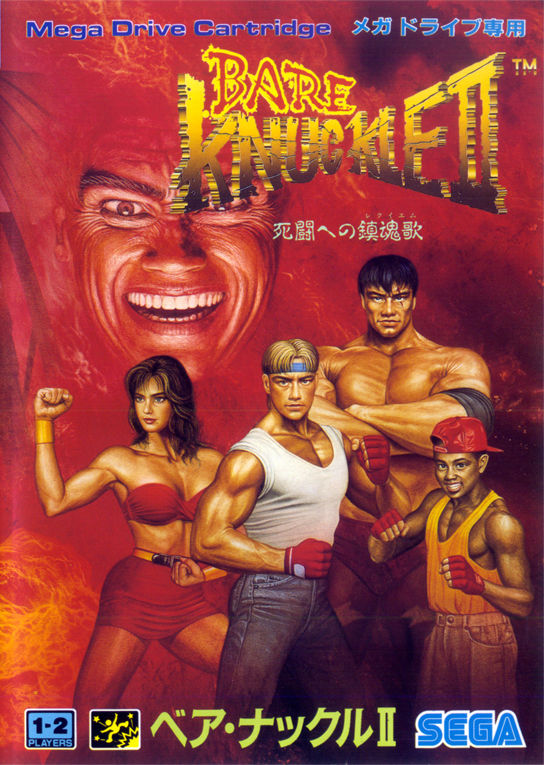 After Axel Stone, Blaze Fielding and Adam Hunter destroyed the evil Syndicate leader, Mr. X, the city became a peaceful place to live, and each one of them followed their own paths. One year later, after their reunion, Adam's brother Sammy returned from school to find their apartment in a mess, and Adam nowhere to be seen, and after calling his two friends, one of them notices a photo of Adam chained to a wall, next to someone they knew very well - Mr. X, who returned to turn the peaceful city once again into a war zone. Now, Axel, Blaze, Sammy, and Axel's good friend Max, a pro wrestler, must head out to stop Mr. X once again...hopefully for good... Streets of Rage 2 differs from the previous title in several ways. There are changes in both graphics (characters now are bigger, more detailed and with more animation frames, and scenarios are less grainy) and gameplay (the rocket move was replaced by a special move that doubles in offense and defense along several new moves), along other new features such as life bars (and names) for all enemies and the radically different new characters.