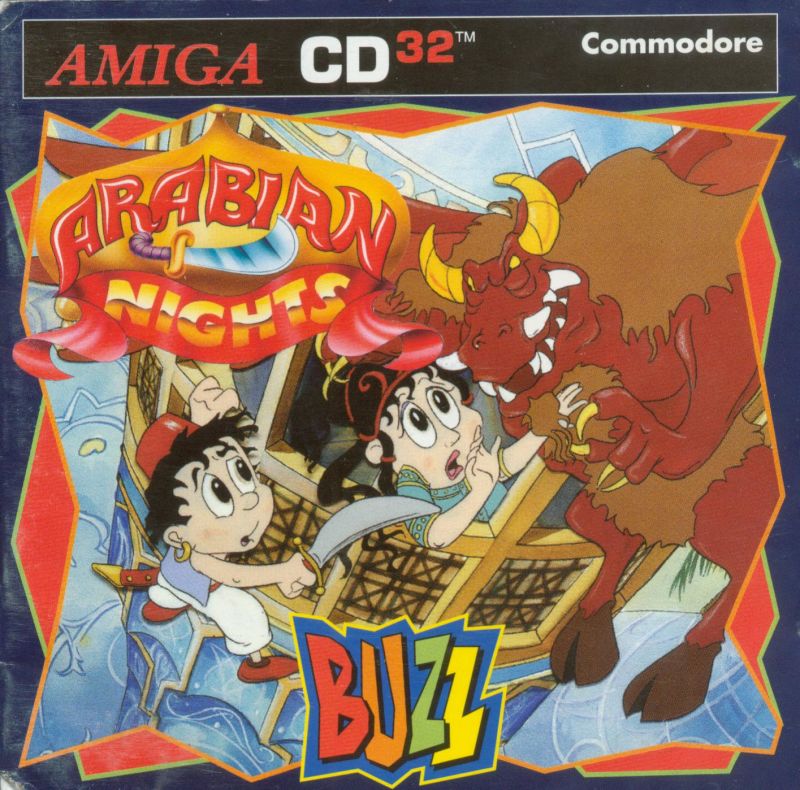 In Arabian Nights, you play Sinbad Jr., a gardener at the royal palace who loves to sneak a peek at the princess every now and again. One day, Sinbad looks up and sees a huge demon kidnapping the princess. He dashes to save the princess, only to be caught by the palace guards and thrown in the dungeon. There are nine levels in the game. In several levels, there are various gameplay elements which include flying on the magic carpet and racing against your opponent in a mine cart. You will also meet some characters, which if you give them an item they want, they will give you something in return. In other levels, you have to do things yourself. For example, obtain a snake that will set a prisoner free, or using a blow torch to open some frozen doors.