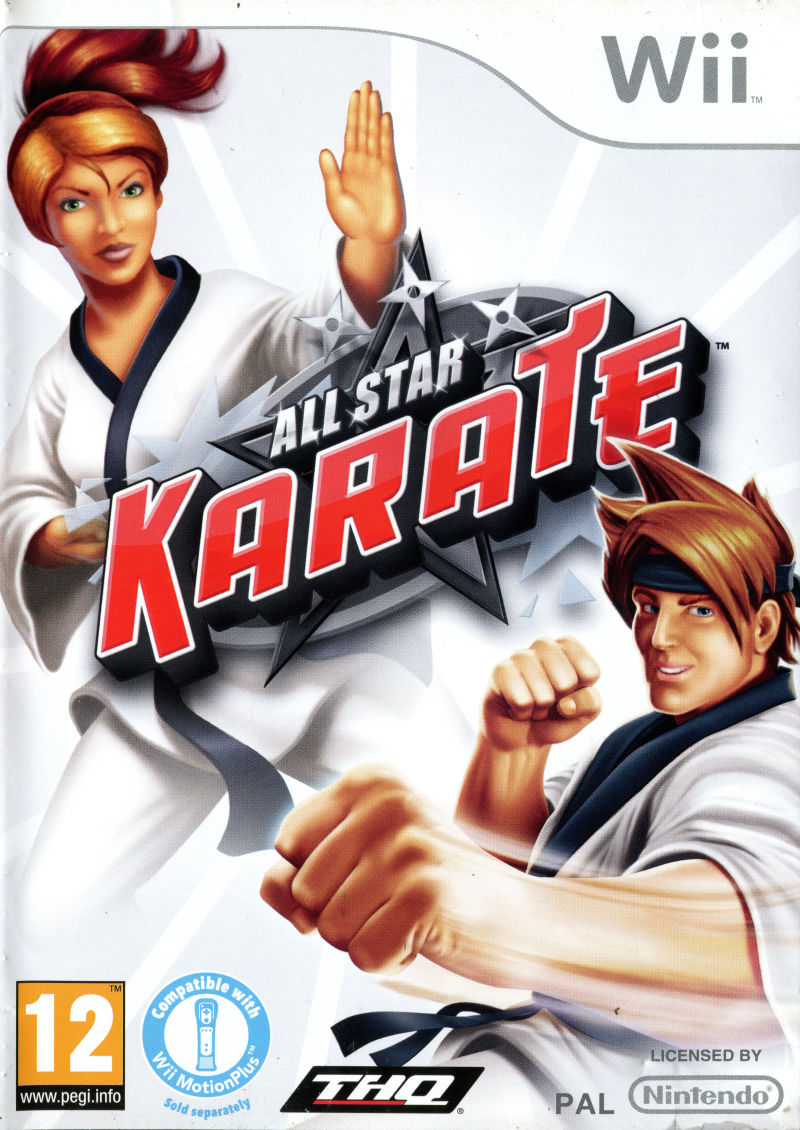 All Star Karate consists of three game modes through which the player gets to experience the life of a karate trainee on the path to becoming a black belt. Story Mode is the main focus of the single player experience, in which the player follows a storyline in which they learn from (and about!) their aged Sensei. Reaching goals in Story Mode also unlocks the trials in Challenge Mode and the Kata Editor, from which players can exercise their creativity and practice their moves. The all-encompassing theme is the use of different Wii Remote gestures that correspond to a variety of karate moves. The game supports the use of a regular Wii Remote plus Nunchuck set-up, as well as Dual Wii Remote support for added accuracy. The Wii MotionPlus peripheral is also supported throughout the game, and allows access to the At The Movies mini game. The events in All Star Karate are based around six mini games. Each of those can also be played with a friend. In particular, 17 characters can be unlocked and pitted against each other in 2-player sparring games.