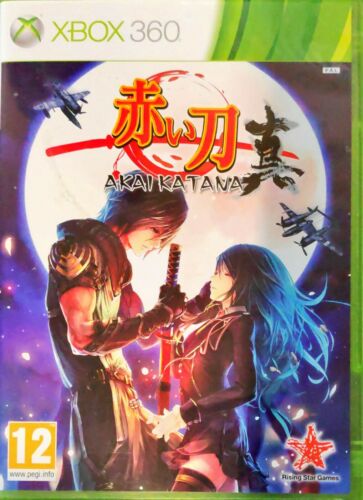 Akai Katana is a top-down shooter with the Bullet Hell play style, meaning the ship has a specific area called the "hit box" that needs to be maneuvered through a maze of bullets and enemies. This shooter features six stages and three different play modes called Origin (original arcade mode), Slash and Climax. They each have different play styles and difficulties. In Origin and Climax the player can switch between a defence and an attack mode. In defence the ships moves faster, destroying enemy up close and collecting energy. In attack the ship moves slower but shots are more powerful. The collected energy then orbits the ship and grows when enemy bullets pass over it. Energy is collected when switching back to defence. Energy is used to activate the phantom mode for enhanced abilities. Slash mode has a different system where energy is replaced by steel orbs that can be turned into katanas. Players control a rebellious pilot with an aircraft in the style of the World War II era and goes after his former masters. There are three different pilots available, each with their own craft and power. A pilot has three lives so not every bullet is lethal, and there are also three smart bombs that clear the entire screen. Players have access to a support character for additional damage, but its use is different based on the chosen play mode. The gam