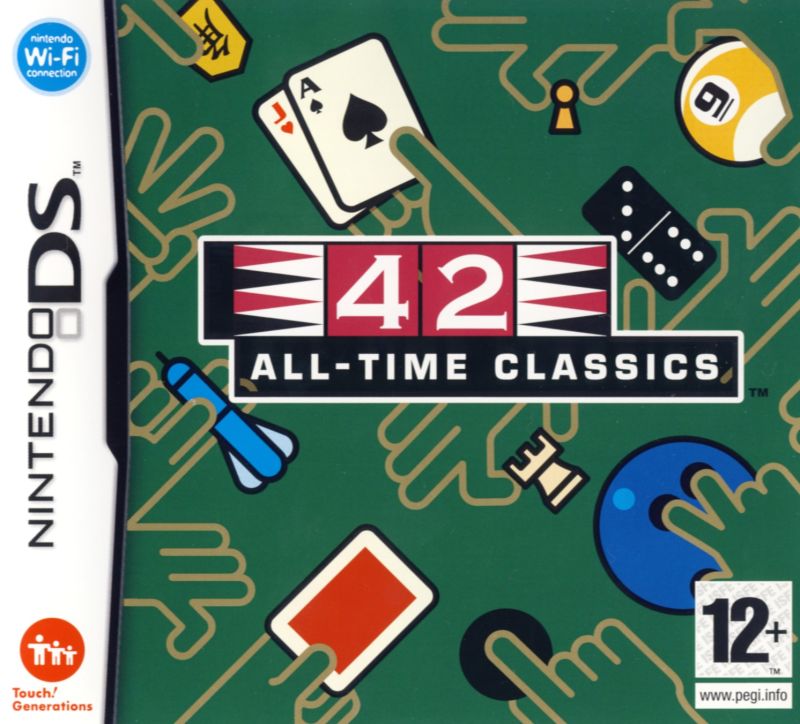 This game presents 42 (mostly) well-known games including 18 card games, 12 board games, 4 "variety" games, 5 "action" games and 3 single-player games; although a few of the games must be unlocked before being played. Each game has options that can be used to create further gaming possibilities. All the games are played with the DS touch-screen. Examples of the card games featured include Memory, Blackjack, Rummy and two variants of poker (Five Card Draw and Texas Hold 'Em); board games include Chinese Checkers, Backgammon, Chess and Ludo. There are also DS interpretations of Bowling, Darts and Billiards (9-Ball). There are three options as far as single-player games go: free play (play any unlocked game as you wish), stamp mode (play through the games in order, collecting stamps per performance) and mission mode (play through a set of missions based within the games). Multiplayer games can be played with nearby players or "worldwide" via a wi-fi connection (up to 8 players). The Japanese version of the game includes seven different games that were changed in the international version. The different games in the Japanese version include Goninkan, Bozumekuri, Sugoroku, Size Game, Last One, Mini Golf, and Napoleon (this version of Napoleon is different than the one included in the international version). Texas Hold 'Em, Dots and Boxes, Grid Attack, Ludo, Dominoes, Escape, and Mahjong Solitaire are the games that replaced these in the international version