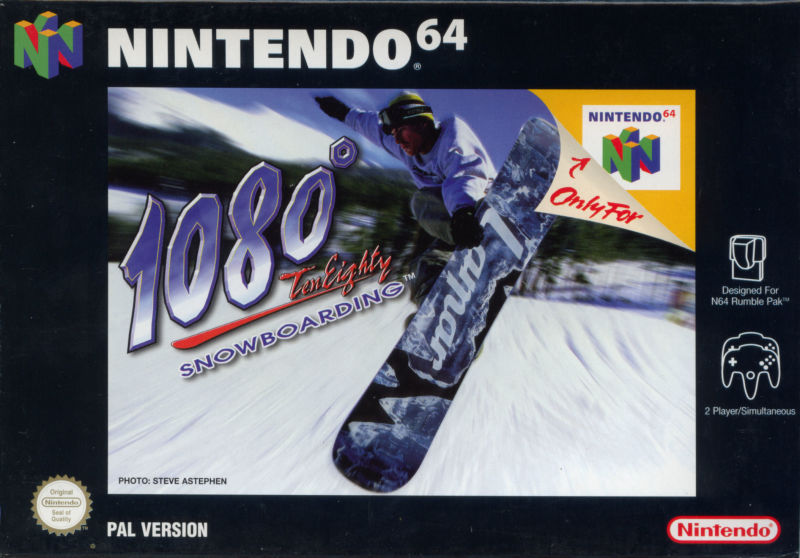 1080° Snowboarding is a snowboard racing game. The player will find 6 downhill slopes and a half-pipe as courses, several characters to choose from, and be able to perform more than 25 tricks. After choosing a character and a board among the available eight, the player can compete in a variety of events: Match Race: Race head-to-head against a computer controlled opponent. Time Attack: Try to beat the best time down a slope. Trick Attack: Try to get the best trick score on a slope. Contest: Race for the best time down a slalom route. 2P Vs.: Race against a friend. Practice: Practice tricks in a half-pipe or jump slope.